Is the VL Summit of the future virtual? Our members were thrilled 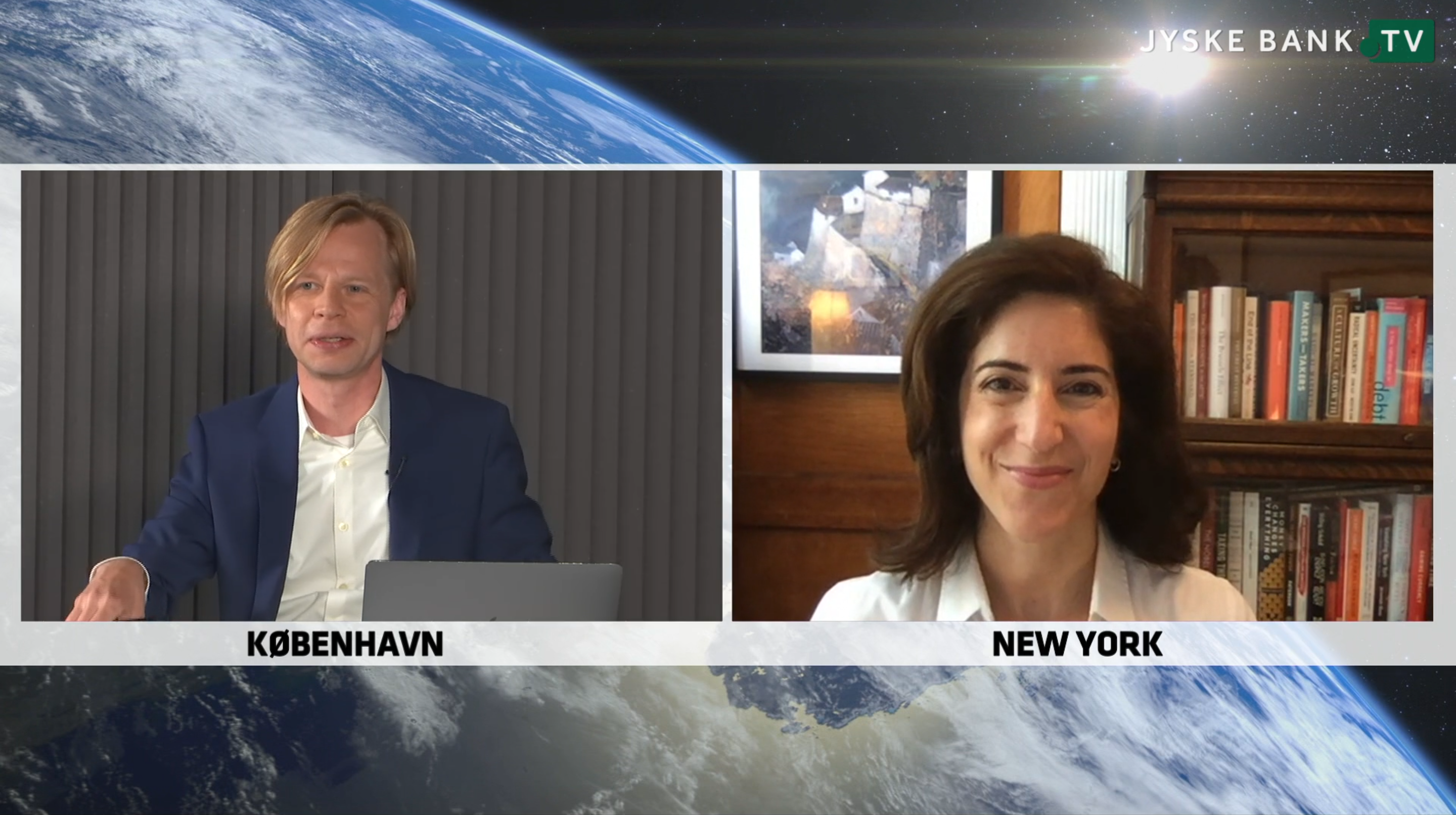 The virtual VL Summit 2020 was a huge success. Our members praised the two and a half hours video event. However, they mentioned that the one thing missing was the social aspect.

As it would be a demanding exercise to arrange an international concert bringing together musicians from the USA, Great Britain, and Denmark to perform together, the Virtual VL Summit required intense preparations to make sure everything went smoothly. Participants in the online conference met by video link co-ordinated from a studio in Copenhagen, in co-operation with Jyske Bank.TV.

After all the work that went into preparing the event, the sense of relief was tangible in the steering committee the following day. The VL Summit had gone according to plan and without a hitch even down to the smallest detail. In fact, it only added to the intensity of the experience that members had to participate from a distance.

“Of the total of 1100 people who had signed up, 700 participated, and that is beyond our best expectations. The virtual meeting was a really good alternative to the traditional VL Summit, and I was impressed with the great level of engagement and the many good questions from our members,” says Ida Bratting Kongsted, CEO of the Danish Management Society (VL).

“This success is making us consider if we should change the way we will arrange meetings in the future,” she adds.

“It’s definitely food for thought. Maybe the future of the Summit will be a strong combination of physical and virtual meetings,” says Ida Bratting Kongsted, who appreciates the many positive evaluations she has received from attendees. Evaluations show that 94 per cent of participants were “very satisfied” or “satisfied” with this year’s virtual VL Summit.

“Of the total of 1100 people who had signed up, 700 participated, and that is beyond our best expectations. The virtual meeting was a really good alternative to the traditional VL Summit, and I was impressed with the great level of engagement and the many good questions from our members”

Fascinating facts at a fast pace

The virtual Summit saw participants treated to plenty of profound reflections and nuggets of insight. All had to be digested at speed, since each speaker only had 10-15 minutes to deliver their message. Adding to the brisk pace was the Danish TV-anchor Clement Kjersgaard, who would occasionally interrupt to raise questions asked by participants.

One of the world’s leading financial journalists, Rana Foroohar, opened the conference by sharing her acute take on who will be the winners and the losers as the business world emerges from the crisis. The companies who will gain the edge beyond the lockdown will be those who choose social responsibility, instead of only focusing on shareholders’ interest, according to the internationally recognised CNN analyst and Financial Times columnist.

Next to speak was Sir Ralf Speth. The experienced chief executive of Jaguar Land Rover, owned by Tata Motors, began by expressing his sympathy for the millions of people who have been affected directly or indirectly by the COVID-19 – not least with regards to the world’s poorest.

Jaguar Land Rover is known throughout the world for its efforts in the fields of climate, sustainability, and social work. This focus has only become more pertinent at this moment as the world is getting ready to rebuild after the pandemic, said Ralf Speth, who also shared details of how the company works towards its “Destination Zero” goal; cars with zero emissions, zero accidents, and zero traffic congestion.

Henrik Andersen encouraged other Danish business leaders to follow Vestas’ lead and convert their fleet of cars and vans to electric vehicles. This is a relatively quick and easy way of reducing emissions, he said.

“It’s no use if it’s only a few enlightened people doing something to solve the problems. And those who neglect their social responsibility and their role in the green transition will be held responsible by coming generations,” the Vestas boss warned.

Vestas is a company with 26,000 employees in 80 countries, and it has recently decided to become carbon neutral by 2030. And one of the ways to achieve this happens to be converting the company’s fleet of 6000 cars with electric vehicles, he said.

The media was also interested in the VL Summit. Click here to read the coverage in the Danish newspapers Børsen og JyllandsPosten.

The economic forecast is not for the faint of heart

When the Deputary Secretary-General of OECD, Ulrik Vestergaard Knudsen, went on stage, his message was not exactly cosy.

Most countries are set to lose five years of economic growth, the OECD estimates. However, the global economy has also gained about three years of growth thanks to digital evolution, and this digital head start makes the OECD hopeful that the world will be able to recoup its losses quicker.

As one last ace to be played, we also managed to include Nick Clegg of Facebook as the last speaker of this year’s VL Summit.

The prominent British former politician is now the head of Global Affairs and Communications at Facebook. His participation sparked a lively debate, both among attendees at home and in the studio, about whether Facebook should vet content from politicians and members of the public, and to what extent Facebook lives up to its social responsibility.

The debate is currently raging after Facebook recently refused to get involved when the American president was strongly criticised for publishing a message on Facebook which was accused of inciting violence.

This debate wrapped up a conference that made 2.5 hours seem to pass by at a break-neck speed, and the discussions probably continued merrily around the country, where local VL-groups had gathered in small groups to participate in the yearly event, enjoying coffee, cake, and champagne.

Lastly, we would like to give the word to some of the participants:

It was the right decision to go ahead with the VL Summit and make it virtual. It’s important not to give up because of challenges. And this event is of very high value for me.

I thought it was a great event, given the circumstances. Should not last longer. Also, I missed the opportunities for networking.

Really well done. With this kind of event, so much depends on having the right speakers. And this time, they were definitely right. It was exciting to “be” there.