The Danish Management Society (VL) comprises top executives from Denmark’s business community. Our objects clause is worded as it was articulated by the founders of the Society on 8 April 1965:

VL is committed to fostering and encouraging knowledge and understanding of modern leadership. Accordingly, VL aims to contribute to the financial success, social progress and general improvement of the conditions of our society.

The Society is non-profit, and we work to enhance our members’ ability to shoulder not only managerial tasks, but also the unique responsibility instilled in business leaders as fellow citizens. We have about 4,000 members, organised into network groups (VL-groups) of roughly 30–40 each.

Membership is by invitation only. In other words, it is not possible to buy access to the Society.

VL works particularly through the VL-groups, which meet at regular intervals to share experiences and viewpoints across industries and sectors of Danish society. We endeavour to inspire the dialogue within the individual groups to not only deal with management issues, but also general societal conditions and the roles of executives relating to this.

We also hold meetings for members across the groups. In addition, we take part in national and international organisations to the extent defined by the Governing Board and disseminate lessons learned and information obtained to our members and, if relevant, to others.

What we do not do

We do not run a commercial business which seeks to earn a profit; we do not have a political goal, and we do not represent any of our members’ special interests. VL being non-profit, income and assets may solely be used to advance the Society’s objects:

which is to foster and encourage knowledge and understanding of modern leadership. Accordingly, VL aims to contribute to the financial success, social progress and general improvement of the conditions of our society. 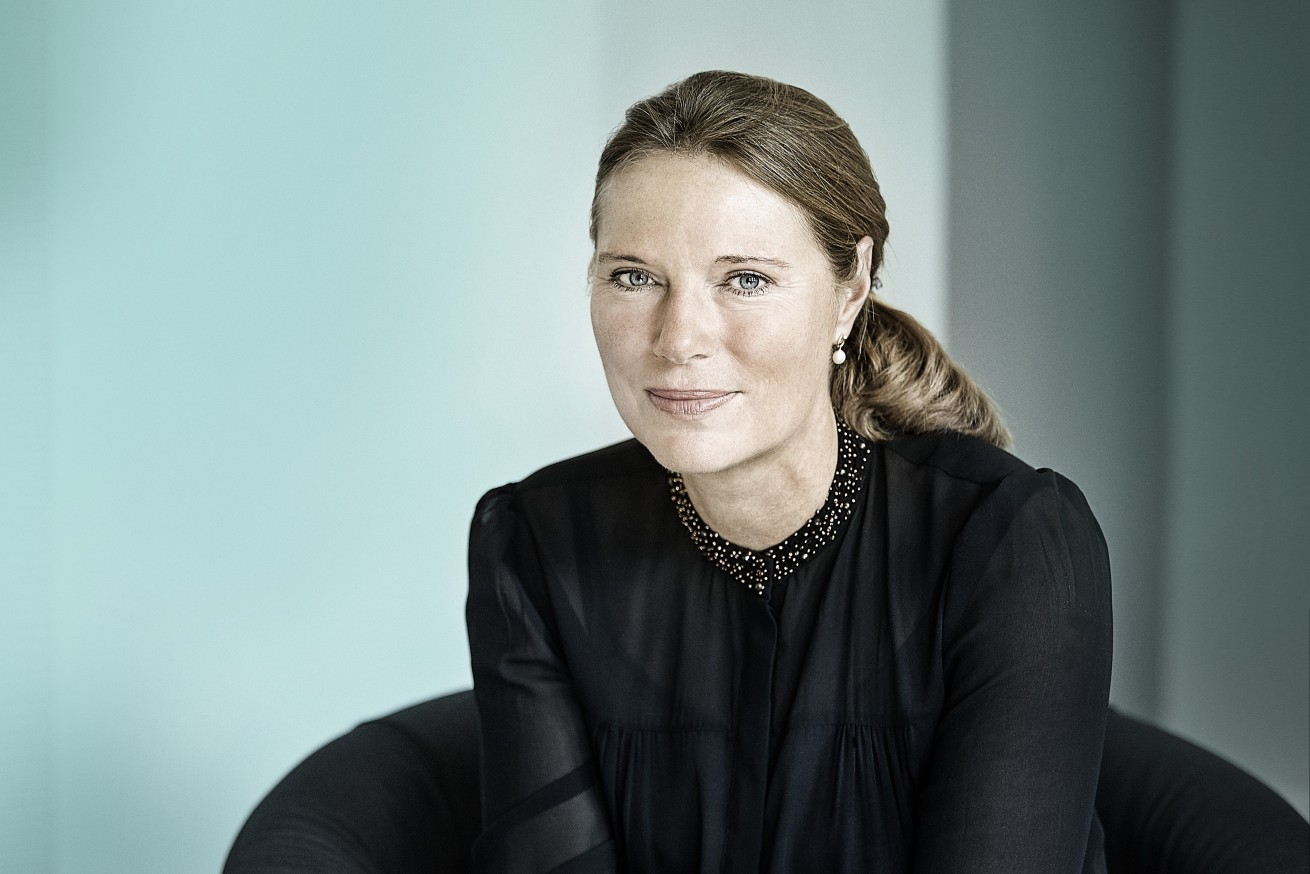 Ida Bratting Kongsted is CEO of the Danish Management Society and represents the Society at a number of events transcending all VL groups, including the Annual Danish Top Executive Summit, Årstemaet (Annual Theme), etc.

In cooperation with the Governing Board, Ida sets the forward-looking strategy for the Danish Management Society to ensure the continued success and exclusivity of the Annual Danish Top Executive Summit, which have been its hallmarks ever since it began in 1965.

Ida Bratting Kongsted left a position at AS3 Executive to take up her duties at the Danish Management Society in 2018.

Pernille Wandel-Petersen is the Head of Secretariat and member of the Steering Committee of the Annual Danish Top Executive Summit and those events invited to across all of the VL Groups. 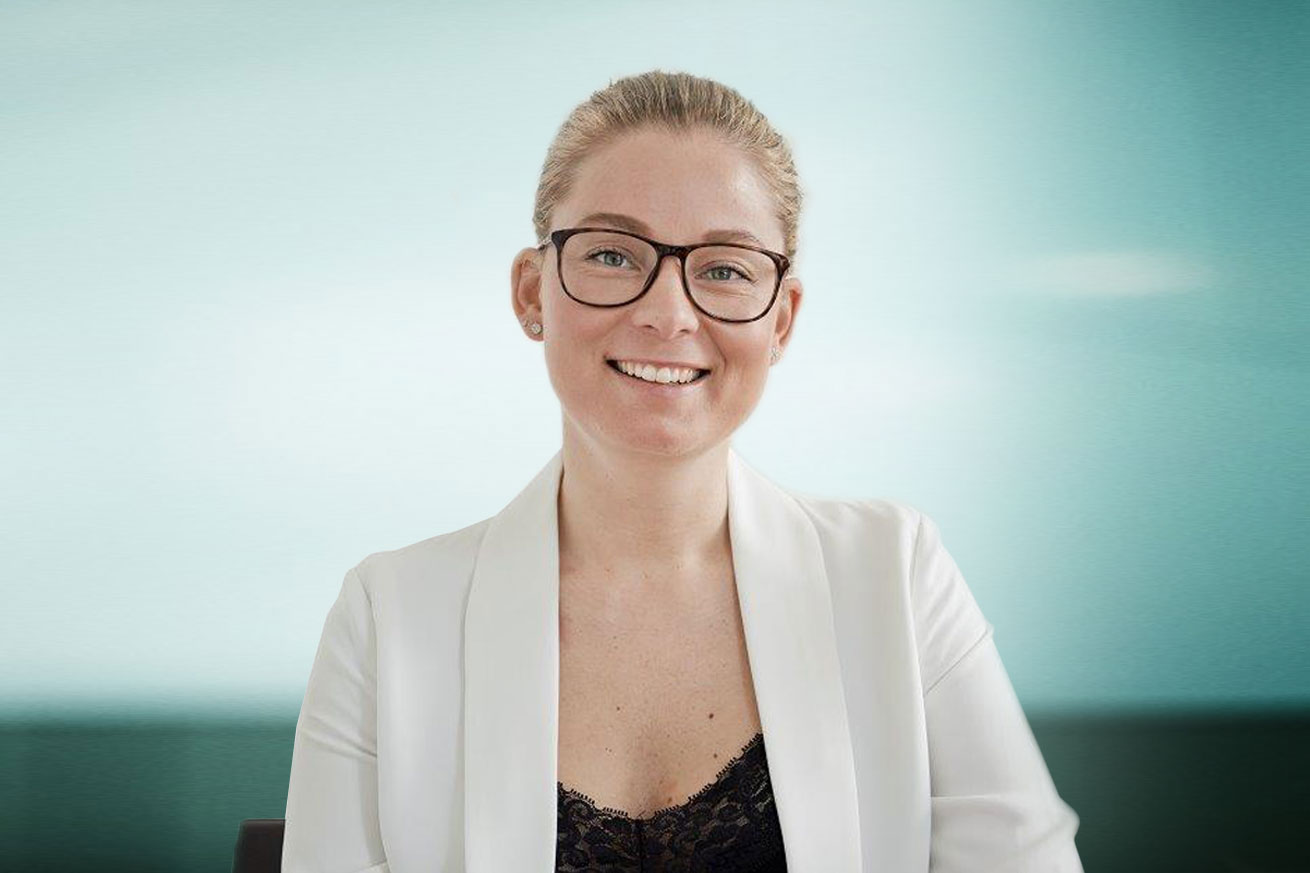 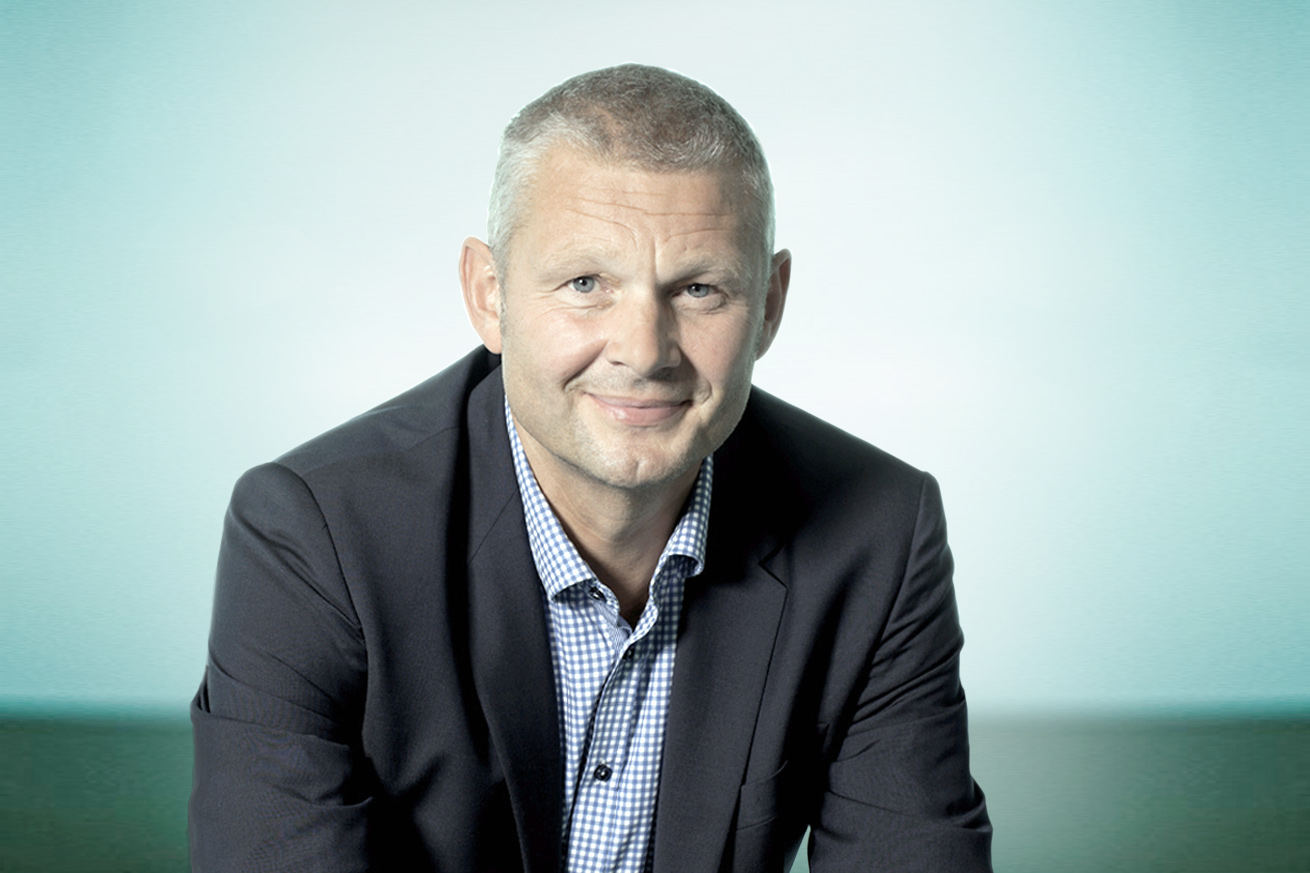 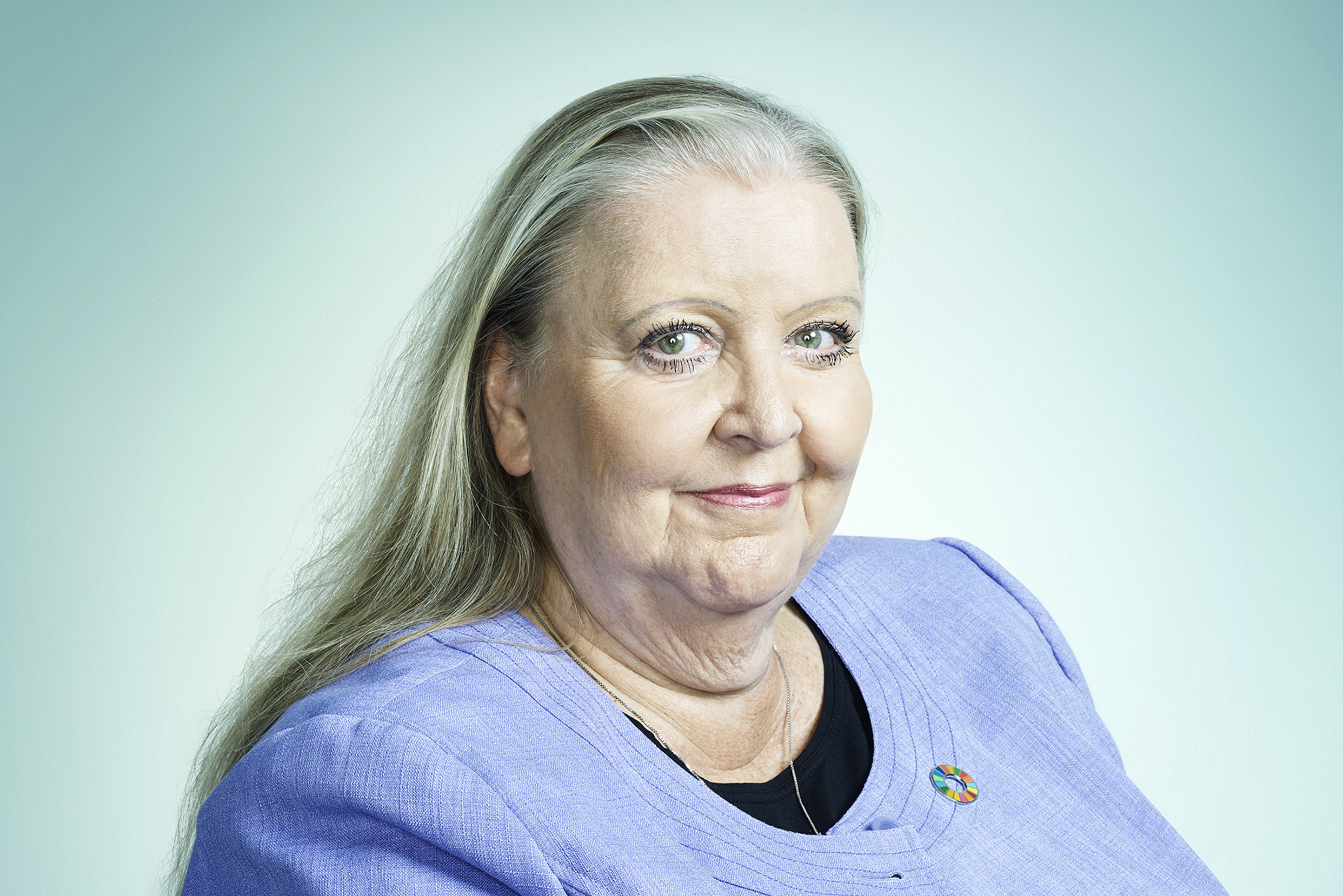 Lisbeth is a seasoned executive who has previously held the position of CEO at the Berlingske Media group and she has been the editor-in-chief of the Berlingske newspaper.

In addition, she has been the news director of the Danish Broadcasting Corporation (DR), as well as a member of its management team. She has also held the position of CEO and editor-in-chief of A-pressen and the newspaper Det Fri Aktuelt.

Lisbeth has served as both chairman and board member of the Danish Media Association and she has also been the chairman of the Royal Danish Theatre.

Today, Lisbeth is the chairman of the Danish school of journalism DMJX, as well as a board member of NIRAS Group A/S, the communications museum ENIGMA, and the Illum Foundation. She is also member of the board of representatives at the Danish Marketing Association.

A professional journalist who brings more than 40 years of leadership experience to the table, Lisbeth has boardroom experience from nearly all kinds of companies, ranging from start-ups to politically owned companies and traditional businesses, including both international private ownership and private equity. 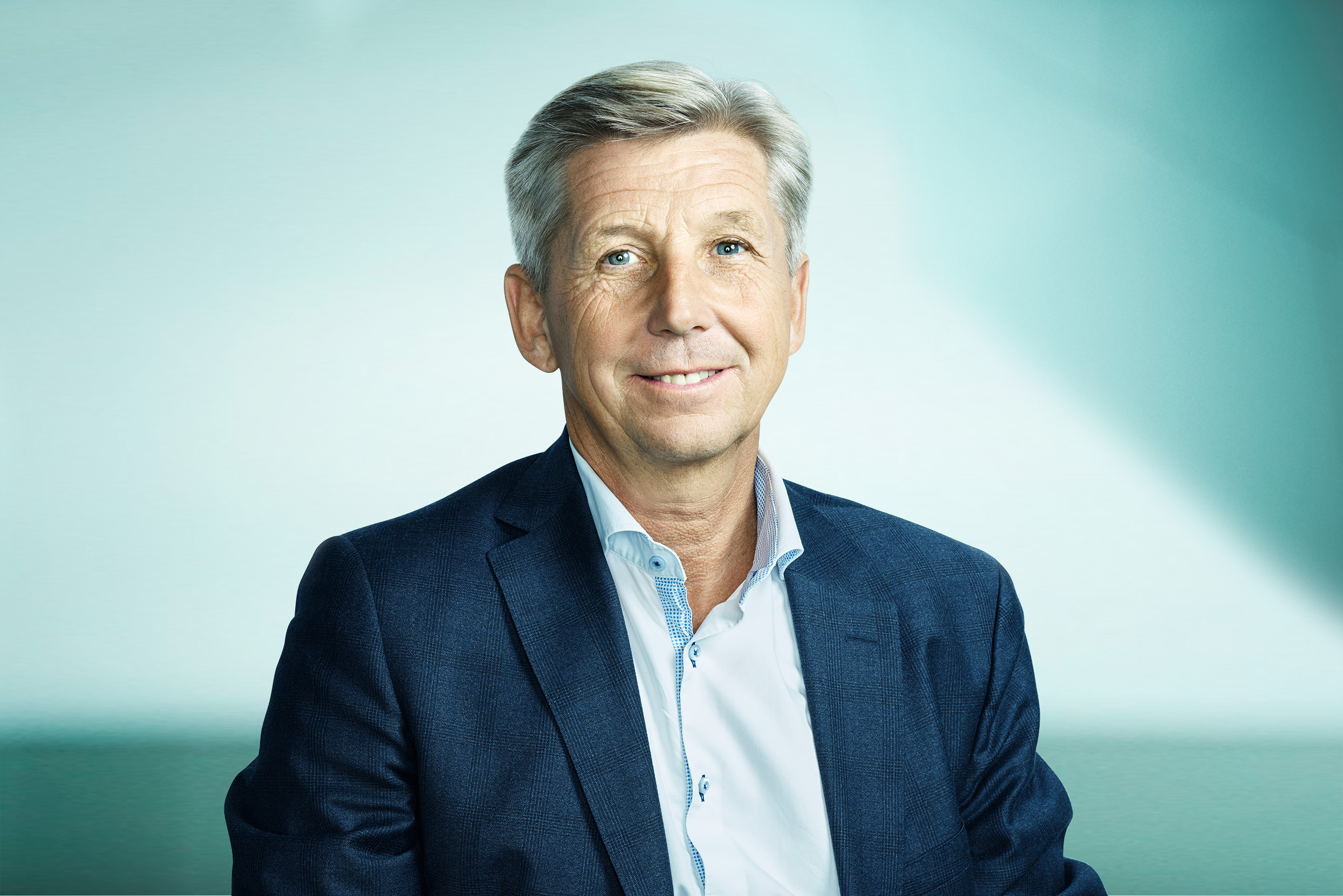 Michael Christiansen is the vice-chairman of the Danish Management Society.

He is also the chairman, CFO and partner at PriceShape and also a professional board member in a wide range of different companies.

Michael has previously held the position of CEO at both Fakta and SILVAN and has been part of group management at Coop Danmark A/S, as well as group vice president of DT Group (the STARK Group).

In total, Michael has more than 30 years of experience with executive leadership in retail, including more than 23 years as a member of group management in various corporate groups – most recently at IDdesign A/S, where he was the CEO from 2011-2018.

Today, Anne Mette Dissing-Immerkær is a partner at the executive search company Heidrick & Struggles in Copenhagen. With a strong background within executive search – achieved through many years of working in the business, she has developed a large portfolio that includes leading multinational and Danish companies representing a wide range of industries. In particular, Anne Mette has strong expertise within the industrial, consumer, and retail sector, as well as the public sector.

Over time, Anne Mette has built an extensive network with the majority of Denmark’s ’rising stars’ as well as with the highest levels of Danish and international business.

Anne Mette has assisted in a wide range of recruitments of executives and board members in both Denmark and internationally. For this reason, she is today recognised as one of the leading executive search consultants in Denmark.

Prior to her position as partner with the executive search firm Amrop in 2012, Anne Mette was partner at Odgers Berndtson for five years. She has also held the position of director of all executive training programmes at the Copenhagen Business School (CBS), including the executive MBA programmes.

Anne Mette holds an MSc in economics from CBS (1990) and also holds an MBA from Washington State University. 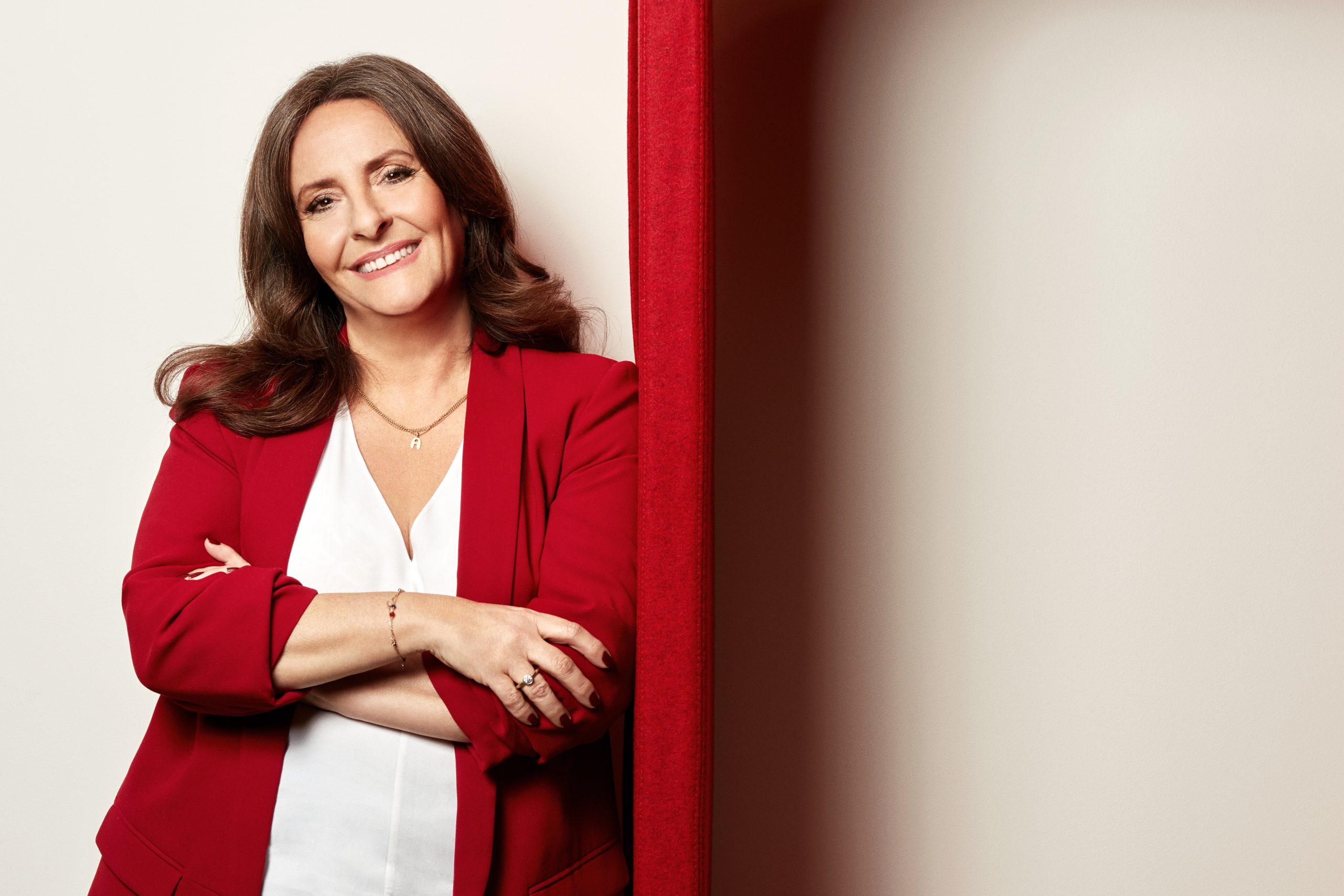 Anja Monrad is the senior vice president at Dell Technologies and head of the company’s Eastern European region. She is an executive sponsor for Dell’s entrepreneurship initiatives in EMEA, with a special passion for promoting female entrepreneurship.

Anja is a recognised profile among the most inspiring women on the northern technology stage, having won several prizes and being a popular keynote speaker on topics such as digitalisation, diversity, and female business leaders.

In 2000, Anja started her career at Dell as their Nordic marketing director, leading to an international career in several different regional and global positions within the company. Since 2013, Anja has been responsible for Dell’s business in Central- & Eastern Europe.

She has also held different management positions in companies such as Unisys, Compaq and Digital.

Appointed by the European Commission as chairman of the Digital Skills and Jobs Coalition Governing Board, she is also a board member of Digital Europe and of the Danish ICT Industry Association (IT-Branchen).

Anja holds an MSc in Economics from CBS (1989). Born in Poland, she has lived in Copenhagen for most of her life. 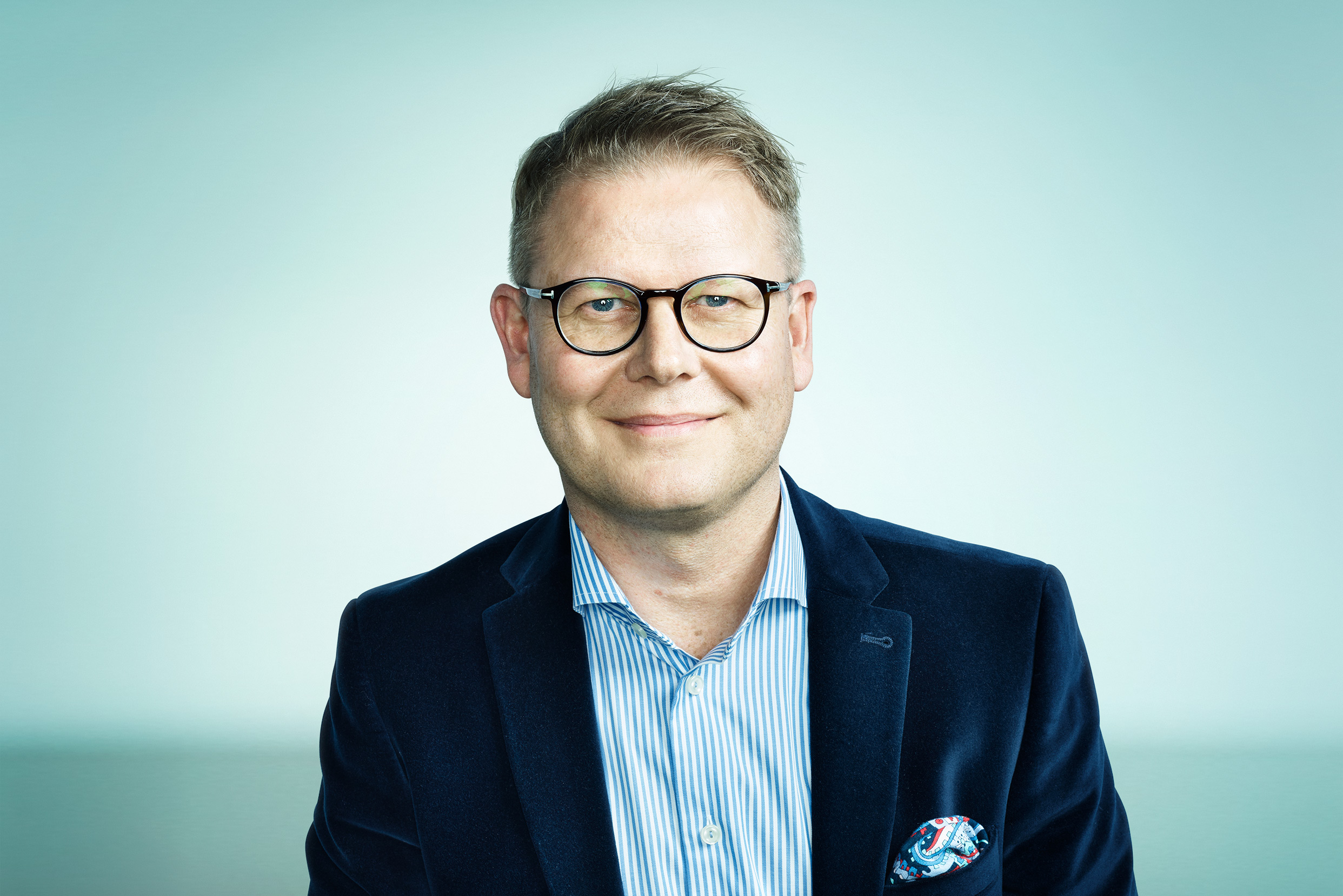 Lars Sander Matjeka is a professional board member and has previously been the chairman of the board at many different companies, such as OTW Denmark, UBD, and Kvantum.

Lars has many years of business experience as the former CEO of Aller Media A/S from 2017 to 2020. Prior to this, he held the position of CEO at two of Aller’s subsidiaries and has also been the marketing and communications director at SAS Institute.

Lars began his career at A.P. Moller-Maersk, where he obtained his first leadership position at the age of only 21. Later, he took on the position of marketing manager with Cognos (Today IBM Cognos Analytics) and with the advertising company Gorm & Larsen as their business unit manager.

Lars is 47 years old and holds a Graduate Diploma in Business Administration from CBS in 2000. 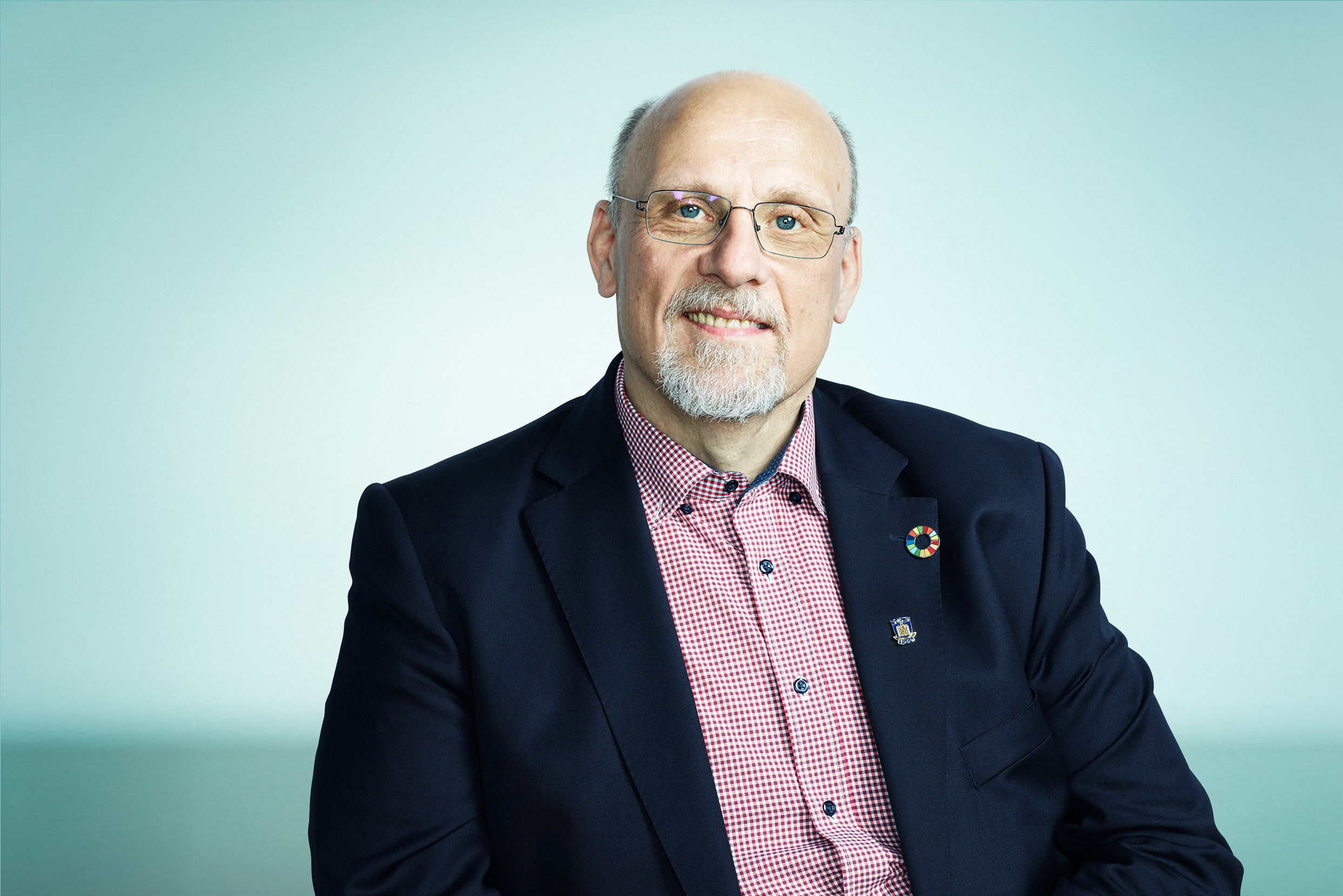 Jesper Nygård has been the CEO of Realdania since 2013.

In addition, he holds the position of chairman of the board at Realdania By & Byg, as well as at the Homeowners Knowledge Center A/S (Bolius). He is also the vice chairman of Fondenes Videncenter.

Jesper is a member of the board at C40 Cities Climate Leadership Group (C40 Cities), as well as at the Danish Architecture Centre (DAC) and Brøndby IF A/S.

He became a member of the board at Realdania in 2003 and became the chairman in 2009 – but he withdrew from the board in 2013, when he became CEO of the company.

Prior to joining Realdania, Jesper was the CEO of KAB (Københavns Almindelige Boligselskab) for 17 years. He was also the chairman of the National Building Foundation (Landsbyggefonden) from 2000-2013, as well as a board member of Boligselskabernes Landsforening (today BL – Danmarks Almene Boliger) for 23 years.

Jesper is 57 years old and has more than 25 years of leadership experience. He holds a Master of Science in Public Administration from Roskilde University in 1989. 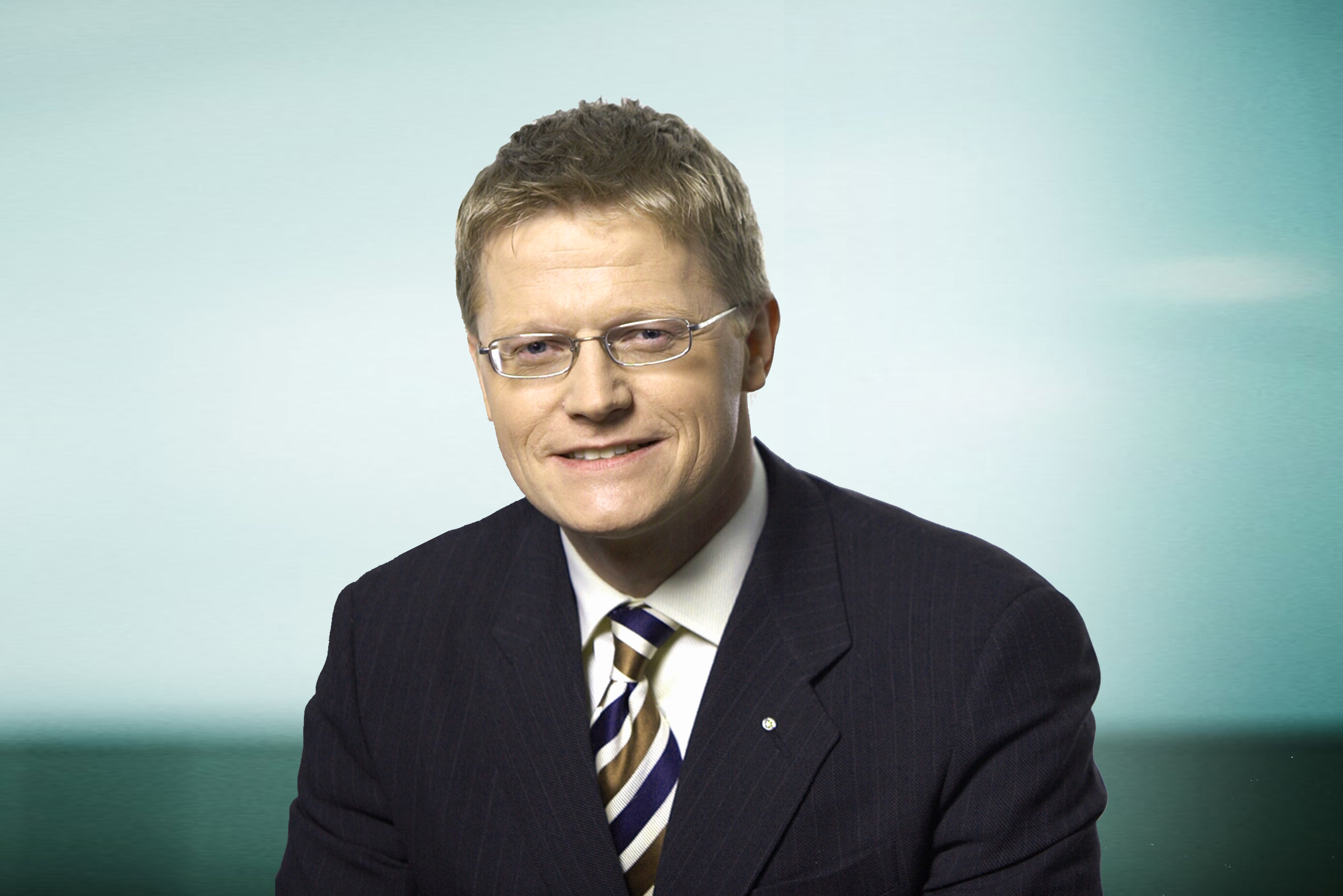 Niels Lundorff has been the CFO of Aion Bank, Belgium, since 2019.

He is a former investor and investment advisor, as well as the former co-founder and assistant general manager of Alior Bank, Poland – the largest private ’greenfield banking’ start-up in the world.

From 1993-2007, Niels served as the banking executive of Bank Austria’s subsidiaries in the Czech Republic, Slovakia, Austria, and Poland. He has also been the senior executive vice president in the UniCredit group, Italy.

In addition, Niels has experience as auditor in KPMG in Denmark, Norway, and Czechoslovakia as well as system constructor at Datacentralen.

Businesswise, Niels is currently engaged in OnWelo.com which offers IT employees “for lease” on a monthly basis or for projects. The company was started by two experienced directors from the IT business in June 2015 (financed by several former Alior leaders). It now employs 300 IT engineers, with a goal of scaling up to 4000 IT engineers this year, serving customers in Poland, Germany, Sweden, Switzerland, the US, and the UAE. Niels holds an MSc in Business Administration and Auditing from CBS in 1994.

This website uses cookies to improve your experience while you navigate through the website. Out of these, the cookies that are categorized as necessary are stored on your browser as they are essential for the working of basic functionalities of the website. We also use third-party cookies that help us analyze and understand how you use this website. These cookies will be stored in your browser only with your consent. You also have the option to opt-out of these cookies. But opting out of some of these cookies may affect your browsing experience.
Necessary Always Enabled
Necessary cookies are absolutely essential for the website to function properly. This category only includes cookies that ensures basic functionalities and security features of the website. These cookies do not store any personal information.
SAVE & ACCEPT